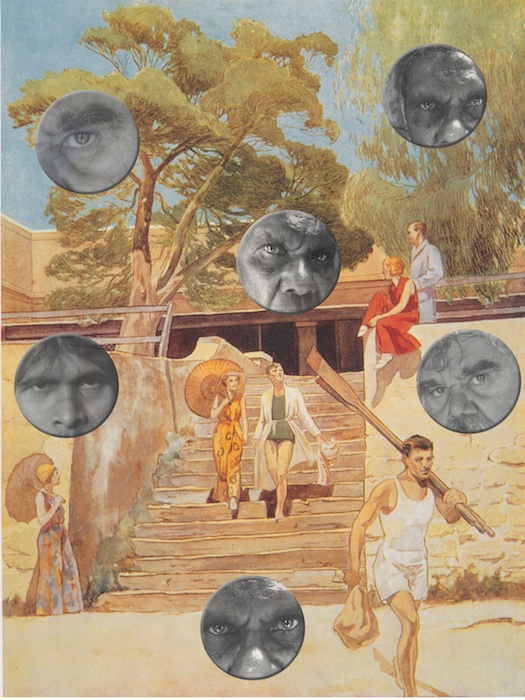 The Quod Project exhibition is essential viewing for anyone interested in understanding the role of art in addressing our relations to the past.

This is not history painting but an attempt to use the language of visual culture to evoke a colonial legacy many would prefer to leave unknown.

Tania Ferrier’s exhibition at Heathcote Art Gallery and Museum engages the viewer through various media. The main gallery is used to place a series of photographic portraits that function as a hall of witnesses.

The key to the exhibition is the history of abuse and incarceration of Aboriginal people on Rottnest Island between 1838 and 1931.

The exhibition seeks to engage in a critical manner with both the silent history of the Quod building on Rottnest – which has seen more indigenous deaths in custody than any other WA site – and the silenced presence of indigenous cultural history within our national conscience. As a visual and aural manifestation it reasserts Aboriginal history as a permanent hidden within our lived experience and in so doing raises the question of the ability of art to deal with these issues.

Ferrier seeks to reposition our familiarity with Rottnest as a playground within an historical context and in so doing makes problematic our contemporary cultural amnesia. The Quod building is now part of a resort and after listening to the audio narrative and experiencing the reconstruction of one of the cells you may wonder at the idea of anyone staying overnight in such a facility.

The transformation of this site functions as one of the means by which we actively forget a past we do not wish to remember. It acts as a constructed material form of erasure, both as a misrepresentation and a misreading of ourselves and history within the mirage of a fabricated present.

This is a challenging exhibition on many levels, not only troubling because it reminds us of our collective forgetting but it is also problematic in using art as a means of reappropriating indigenous history and suffering as a museum commodity. It is as though having exploited everything that indigenous people have we now turn our desire towards a perverse jealousy of their status as paradigms of suffering. Their plight can be positioned to fill some perceived moral void in our own sense of cultural identity.

However, in this case Ferrier has been ruthlessly honest in placing her own history (however embarrassing) of childhood memories alongside that of the various incarnations of the island within popular culture. Like her, we enjoy the wonders of Rottnest Island inside a curious innocence and we are shocked to find that this place has another shameful history, but ignorance of history is not a defence, it is just ignorance.

Ferrier has worked on this project with representatives of the local indigenous community and the labours of her collaborators, James Kerr, Noel Nannup and Cedric Jacobs, collectively position this work in such a way as to pointedly address the lack of any “real” museum of these events at the site itself.

They have used the space of the Heathcote Gallery very effectively. By placing their imaginary museum to the Quod within this former hospital that once cared for the mentally ill, they create a fictional entity that asks the viewer to see all of these existences and entities simultaneously, a former hospital, a gallery and now a non-existent museum.

This stratification lingers as a metaphor long after your viewing of the exhibition has finished. The evocation of presence stays with you and continues to resonate. The exhibition provides that rare experience, a moment of disruption, what Jacques Ranciere calls “dissensus”, the taken not the given as the hallmark of true political action. This show achieves its political purpose by principally addressing the lack of recognition afforded by any museum or memorial at the site of the Quod on Rottnest Island.

The Quod Project is at Heathcote Art Gallery and Museum, Applecross, until February 27.