Talkback is a hybrid installation that aims to explore the intersections of race and identity. The main exhibit is a video collage titled Talkback that features interviews with sixty-six Americans and Australians, including prominent artists, who discuss aspects of their histories and aspirations. The project seeks to encourage dialogue about belonging, blackness, whiteness and inter-generational continuity and change.

Lead Artists Ferrier and Mitchell were invited to exhibit Talkback at the A.I.R Gallery in Brooklyn, New York, USA, in August 2016, with a reinterpretation of existing material for Talkback. 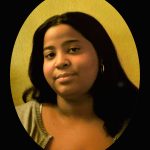 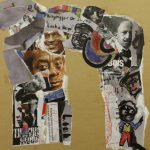 Talkback is a hybrid arts installation that aims to explore the intersections of race and identity. It features interviews with sixty-six Americans and Australians, including prominent artists, who discuss aspects of their histories and aspirations. The project seeks to encourage dialogue about belonging, blackness, whiteness and intergenerational continuity and change.

The American interviews in Talkback were conducted towards the end of President Obama’s first term in office; in these, aspiration emerged as a dominant theme.

The Australian participants reveal a similar preoccupation with race and identity, but one that is shaped by our history of colonialism and the White Australia Policy.

The collaborative installation of video projections and light boxes by Tania Ferrier and Laura Mitchell is complemented by works on paper by Leslie Morgan that provide some context for and elaboration on the questions and themes raised in Talkback.

Talkback is significant because the visual representation of the struggle to belong and assert identity, through stories of trauma and resilience, is performed on a daily basis against an often hostile terrain of bigotry and exclusion. The installation insists that the gaps and absences in representation are as important as the threads of narratives because they allow the viewer entry points that can suggest new possibilities and questions.

Talkback is a reminder that the residue of the past and its associated traumas need to be addressed in our minds, and in our communities, before we can ‘move on’.

Talkback is designed for multiple modes of delivery. Where the gallery space permits, a black box and adjacent white box space allow for the video collages and lightbox photography to be shown separately. The adjacent white box space is occupied by a ‘Research Room’ by Morgan comprising collages and paintings that provide the viewer with contextual information that informs the exhibition.
The exhibition also features the portrait photography of participants in the interviews. These are the works by Tania Ferrier and with photographic collaboration by James Kerr ( AUS ) and Yulissa Morales and Mirla Jackson (USA). The portrait photography is delivered digitally as scrolling images on a TV monitor.
In smaller galleries all the digital works can be presented on TV monitors with headset delivery.

Alan Thompson is our technical advisor, editor and sound technician. Abe Dunovits has contributed the sound design. David Bromilow assists with the installation of the exhibitions.

Talkback was initially developed through a grant received by Tania Ferrier in 2012, from Artsource in Western Australia, for a three month residency in the United States of America.
A further residency through the Fremantle Arts Centre in Western Australia allowed for the Australian component of the exhibition to be developed with the assistance of Laura Mitchell, an American-born artist and designer, who brings an awareness of the multidimensional ways in which exclusion works.

In 2014 Tania Ferrier received a Department of Culture and the Arts Grant to show the first phase of Talkback at the Melbourne City Library in Victoria. At this time, Victorian artist, Leslie Morgan, an Anglo-Indian migrant in Australia with an interest in diaspora and migration, offered to develop the “Research Room” for the exhibition with a series of paper collages and paintings that reflect and inform the installation.

The Talkback Project, with the principal artists Tania Ferrier, Laura Mitchell and Leslie Morgan, was first exhibited at Heathcote Gallery and Museum in Applecross, Western Australia, in August 2014, with a six week artists residency in the gallery engaging audiences in dialogue about their responses to the exhibition. A Facebook Community page was developed to record participants responses and portrait photographs and continues to serve the project in it’s subsequent exhibitions.

The Talkback Project toured for exhibition at the Academy of Fine Arts in Lynchburg, Virginia, USA in August, 2015.

In February/March 2016 the Talkback Project will feature as part of the Ventana Festival in Frankston, Victoria. A link will be provided to this event shortly.

Tania Ferrier’s painting practice has expanded into the use of video to explore race relations in installations that transgress the boundaries between the art gallery and museum. Her work is held in many public collections including the Art Gallery of Western Australia.
www.taniaferrier.com.au

Laura Mitchell is a visual artist, designer and musician. Her art practice spans painting, sculpture, digital media and public art and is currently exploring civil rights and migration. Her work is held in public collections in the USA and Australia and she is artist and co-author of The Elephant of Eastbury (2011).
www.laura-mitchell.com.au

Dr Leslie Morgan’s trans-disciplinary painting and writing concerns race, diaspora, migration and whiteness. His paintings are held in public collections and he is author of two books Illegal Action (2005) and The Significance of Diaspora Politics in the Visual Arts (2008).
lesm48.wordpress.com/about

Alan Thompson is a filmmaker and creative director of Warped Time Productions. He is the technician and sound co-editor for the Talkback video collage. www.warpedtime.com

James Kerr is a photographer and has published three books of black and white photography and has collaborated with Tania Ferrier as stills photographer on her most recent projects.
www.jameskerrphotography.com

Ron Bradfield Jnr – Manager Regional & Indigenous Development Program , ARTSOURCE.
“As a participant in the “Talkback” video collage and previous projects by Tania Ferrier, I confirm my interest to attend the opening of the “Talkback” exhibition to speak on behalf of the twelve Indigenous Australians interviewed.”

Yulissa Morales and Mirla Jackson are two young photographers who collaborated with Tania Ferrier in the USA in 2012 on photography and research for Talkback. Without their involvement this project would not have happened.