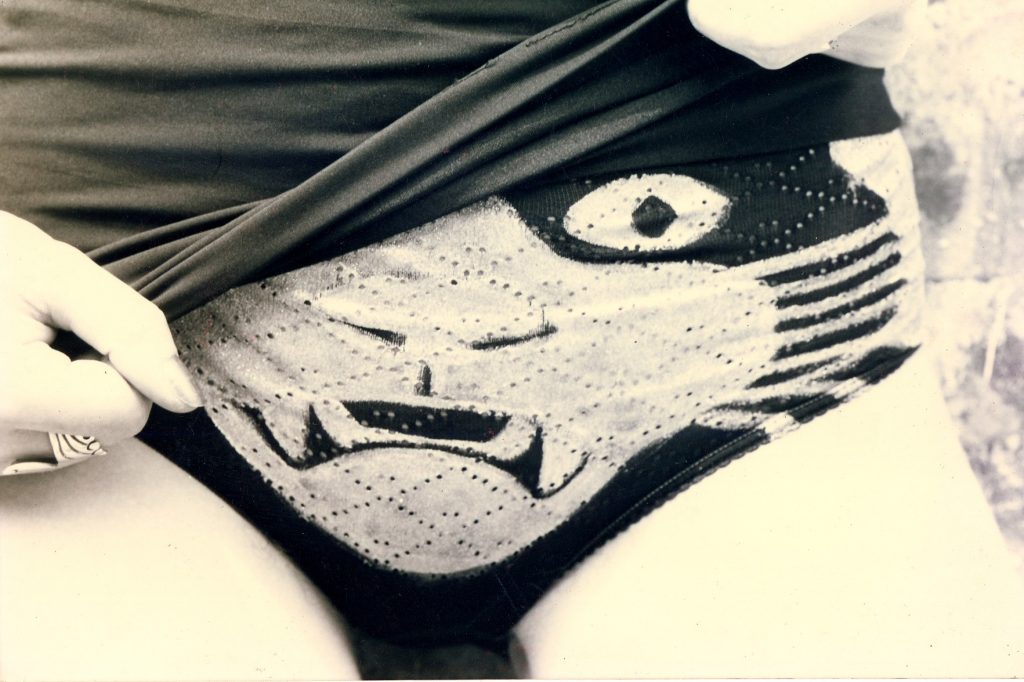 In 1988 an incident at a strip club in New York, where Tania Ferrier worked, inspired her to create Angry Underwear; bras and pants with teeth and eyes on them. Initially for the strippers to wear on stage, Angry Underwear went from club land to become an international media sensation covered by USA, AUS, German, Italian, Japanese and Mexican TV programs and other media outlets. An exclusive lingerie store, Enelra, sold Angry Underwear and Madonna, Naomi Campbell, Lauren Hutton, Reno and Odetta are amongst celebrities who own Ferrier bras.

In Perth in 1989, the exhibition, “ Angry Underwear and Other Statements “, was briefly closed by the Shadow Minister for the Arts, Pendal, citing obscenity and inappropriate use of government funding. This in turn lead to thousands of people seeing the exhibition at Artemis Gallery when it was re-opened with news outlets and talkback shows covering the story as well as national newspapers and magazines.

After completing an AFTRS screen writing for Film & TV course in 2017, Tania Ferrier wrote a feature film drama titled “Angry Underwear” based on the project of the same name. Ferrier’s script has been shortlisted for the Sundance Film Lab in 2018 & 2019 and is the recipient of Screen West and Screen Australia Story Development funding.

2020 NEWS: Tania Ferrier’s Angry Underwear has been selected to show at the prestigious “Know my Name” exhibition at the National Gallery of Australia opening on May 29 2020.

“Angry Underwear is costume as cultural intervention; she who is coded to-be-looked at can look (and bite) back.”